Randy has been involved with numerous Silicon Valley startups including Claris (which became the desktop publishing software for the Mac, when Apple bought the company), CEO of Lucas Arts, and in now partner in perhaps the Bay Area’s most revered VC, Kleiner, Perkins, Caulfied Byers.  He has also written two best-selling books about entrepreneurship, The Monk and the Riddle, and Getting to Plan B (with John Mullins).
http://www.kpcb.com

Creates urban spaces which encourage playing with light and sound Christopher combines his training as an architect and talents as a jazz musician to create interactive sound and light installations, to make architecture more spontaneous and music more physical. He build an interactive sound and light scoreboard for the Miami Heat Arena, and has installed his “Sonic Forest” at major music festivals in the US and the UK, including Bonnaroo, Coachella, and Glastonbury. You can try out Christopher’s “Sound Stairs” which are installed at the University of the Thai Chamber of Commerce during his stay in Thailand.

Changing the way we look at energy and power Jimmy Jia is an innovator, author, and entrepreneur who enjoys large systems problems. As co-founder and CEO of Distributed Energy Management, he acts as the Chief Utility Officer for his clients by treating the use of energy as a strategic resource, so that companies may be more resilient, save money, and lower their carbon footprint. His book, Driven by Demand: How Energy Gets its Power, has been sold in over 15 countries.

Working to encourage entrepreneurs in Thailand and Southeast Asia to Think Bigger. 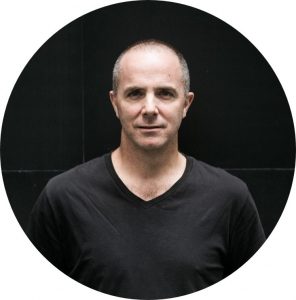 Edward Rubesch is program director of the Innovation Driven Entrepreneurship Center at the University of the Thai Chamber of Commerce, as well as director of MIT Enterprise Forum Thailand. Over the last 15 years he has helped technology researchers and social entrepreneurs launch their ventures, and has developed the MetaMo Incubation Program for Southeast Asia. He is also director of the Southeast Asian Region of the Global Social Venture Competition, the world’s largest social enterprise business plan competition. As Director of Clinical Innovations and Partnerships, Innaccel Technologies Private Limited, Dr. Jagdish Chaturvedi identifies unmet clinical needs for quick development of low-cost and high quality medical devices, and encourages other innovators by teaching the Biodesign process.  Jagdish runs a private evening ENT clinic and is a practicing ear, nose and throat surgeon. He is recognized as one of the 35 innovators under the age of 35 by the MIT technology review 2016.

Uses creativity and collaboration to raise awareness about disaster preparedness. 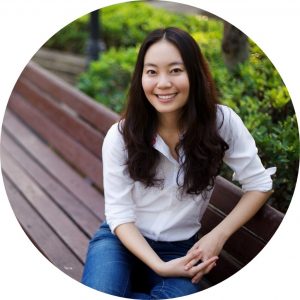 Vipavee Kunavichayanont is the co-founder of Design for Disasters (D4D), where she brings together he background in education, art, design, and architecture to raise awareness about disaster management.  In 2015, she also began to renovate her grandpa’s old warehouse into a creative space for artists, designers, and art lovers, called The Factory of Inspiration, which is also the home for her multidisciplinary design firm so called, Atelier D.cochinchinensis. 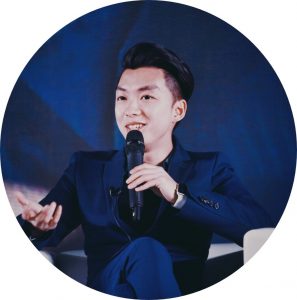 Jiawei is a co-founder of Ling Technology, and he oversees the company’s product and technology group with the aim to create products and experiences that leverage artificial intelligence technology and natural human-robot interaction design in order make robot living beings, to become part of the “Ling” lifestyle in people’s daily lives.  He holds 22 US invention patents and more than 120 domestic patents is one of MIT Technology Review’s top Innovators in the world under age 35.

Empowering young people in Vietnam to be Change Agents. 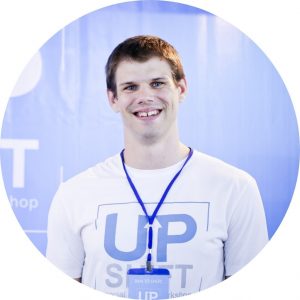 Brian has spent 10 years in Vietnam starting and building businesses utilizing emerging technologies. At UNICEF he encourages young people to take on the role of social change agents through youth-led innovation and entrepreneurship. UPSHIFT helps young people gain necessary experience and resources to identify and take action on community causes they care about. He also publishes a weekly podcast on entrepreneurship in Vietnam called Growth Tigers.

BROUGHT TO YOU BY